IS ABC A FEDERAL AGENCY?

In the U.S., governments at all levels all work together to govern the manufacture, use, and sale of alcohol. From 1919 until 1933, the 18th Amendment of the Constitution outlawed alcohol across the U.S. and its territories. Then the ratification of the 21st Amendment in 1933 repealed this prohibition and granted states broad authority in regulating alcoholic beverages within their borders.

This includes permitting states to determine whether they want to allow or prohibit alcohol importation and sale, developing a specific network for legal distribution of alcohol, and regulating different aspects of sales and possession. However, the federal government can assess and collect taxes on alcoholic beverages, regulate beverages in areas subject to federal control, and even influence the alcohol policies of certain states by offering financial incentives.

If you live in California, it is crucial to understand the state alcoholic beverage laws to stay in compliance and avoid a costly violation. If you operate a business that sells alcohol, following these laws is necessary for maintaining your establishment. 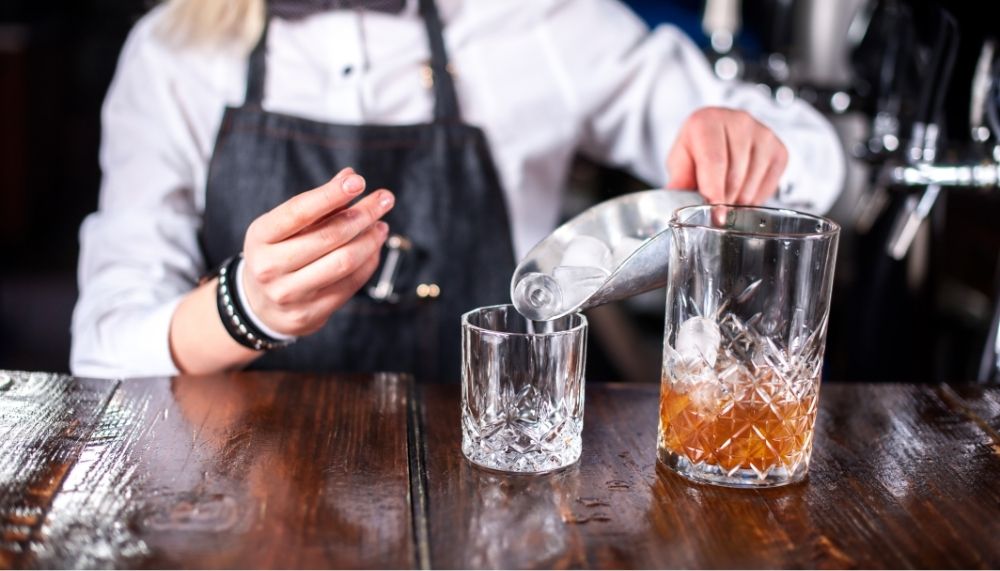 Is ABC a Federal Agency?

The California Department of Alcoholic Beverage Control (ABC) is a state agency responsible for regulating alcoholic beverages. In 1955, this agency was created as an independent department of the California state government’s executive branch by a constitutional amendment. The ABC is a part of the Business, Consumer Services, and Housing Agency. It enforces the regulation of the state’s alcohol laws as set forth in the Alcohol Beverage Control (ABC) Act.

The ABC Act outlines specific alcoholic beverages laws for all state residents and businesses regarding the sale, importation, and manufacture of alcohol across the state. It features more than 650 pages of detailed laws and regulations, as well as penalties for violations.

How Does the ABC Affect Businesses?

This agency is staffed by over 400 law enforcement professionals, attorneys, and other experts who handle the issuing and maintenance of these licenses. They use census data to determine the number of liquor licenses they will provide in a specific geographic area and limit licenses to one per every 2,500 residents. They may place restrictions on permits or impose bans on the sale or transfer of existing licenses.

Before a business can acquire a license to sell alcohol in California, it must prove that this license would serve the “convenience or necessity” of the public. The ABC will notify the local government of the application, perform a criminal background check on the person who applies for the license, and send field inspectors to evaluate the business’s “moral character and fitness.”

The business must post public notices at their location and in local media to allow any citizens or government entities in the area the opportunity to contest the license. If the city council, county board of supervisors, or any other government entity believes that issuing this license may cause a public nuisance or other negative impacts on the community, they must notify the department and provide evidence supporting their claim within 90 days.

If the ABC considers a business fit for a license, the approval process involves three different levels of ABC offices. The local field office approves the license first, followed by the district office, then the agency headquarters in Sacramento. After a business obtains a license, the ABC may perform routine and random inspections on the licensed establishment and premises to ensure they are following all applicable regulations. Law enforcement officials have the right to inspect the premises at any time without a search warrant. If peace officers or a member of the public alleges that the business has violated the ABC Act, the ABC staff must respond to the accusation and investigate its validity.

What Happens If I Violate the ABC Act?

Licensees are legally obligated to exercise reasonable care for their customer’s safety and the safety of the public. A violation of the ABC Act may result in criminal, administrative, and/or civil penalties. The seller of the alcohol who committed the crime or is responsible for it has criminal liability. They may be penalized with fines, community service, and/or jail time in criminal court proceedings.

The licensee who employed the seller has administrative liability via the ABC and may be penalized with fines up to $20,000, suspension of license, or revocation of license. The type of violation, the facts of the case, and the licensee’s record are considered to determine the exact penalties. Both the seller and the licensee have civil liability for any injuries or damage caused by intoxicated customers. Negligent conduct and reckless conduct are both prosecuted under common law liability, and anyone who suffered damage can file a civil claim.

The ABC Act imposes extremely specific conditions on licensees based on the type of license they obtain, and ABC peace officers are authorized to enforce the regulations within this Act as well as any penal provisions of state law. Businesses must follow strict rules to keep their licenses, and licensees are liable for any activities that occur at the premises as well as the actions of their employees.

Substituting a brand of liquor without first informing the customer, covering more than 1/3 of the windows with signage, or allowing a lightbulb to burn out in a parking lot under the licensee’s control all seem like minor issues. However, they are considered violations of the ABC Act and carry penalties. The more violations a licensee incurs, the more likely they are to have their license suspended or revoked.

If you have any questions about the ABC Act or how it applies to your business, contact Blake & Ayaz today to discuss your case. Our attorneys represent clients in all legal matters relating to alcohol beverage compliance laws. We can help you understand the requirements of the ABC Act, keep you apprised of your responsibilities and liabilities under state law, and effectively navigate any issues you may encounter.