A contract is a legally binding agreement agreed upon between two or more parties. These legally binding documents are often found in business contracts, property rental agreements, loans, or other situations in which two parties agree to exchange something of value. While both parties typically benefit from the terms of the contract, disputes often arise. When these disputes occur, it is crucial to have an experienced Los Angeles contract attorney assess your case.

A COMBINED
60 YEARS
OF EXPERIENCE

Our attorneys have a combined 60 years of
experience helping out businesses and individuals. Our multi-talented team can help you turn your business idea into a legally established company and represent you in any subsequent trademark, licensing, contract, labor, or compliance issues that arise.

At Blake & Ayaz, our Los Angeles contract litigation attorneys have years of experience handling all types of contract disputes. We understand the complex details of these cases and have developed a series of best practices and litigation strategies to get the best possible outcome for our clients. From our first interaction, we will take the time to understand your specific goals and objectives. We will then create a tailor-made legal strategy to help you achieve these objectives as efficiently and effectively as possible. Our passion for our clients’ rights has earned us a reputation as a leader among Los Angeles contract attorneys. Connect with us today to save time, money, and stress in resolving your contract dispute. 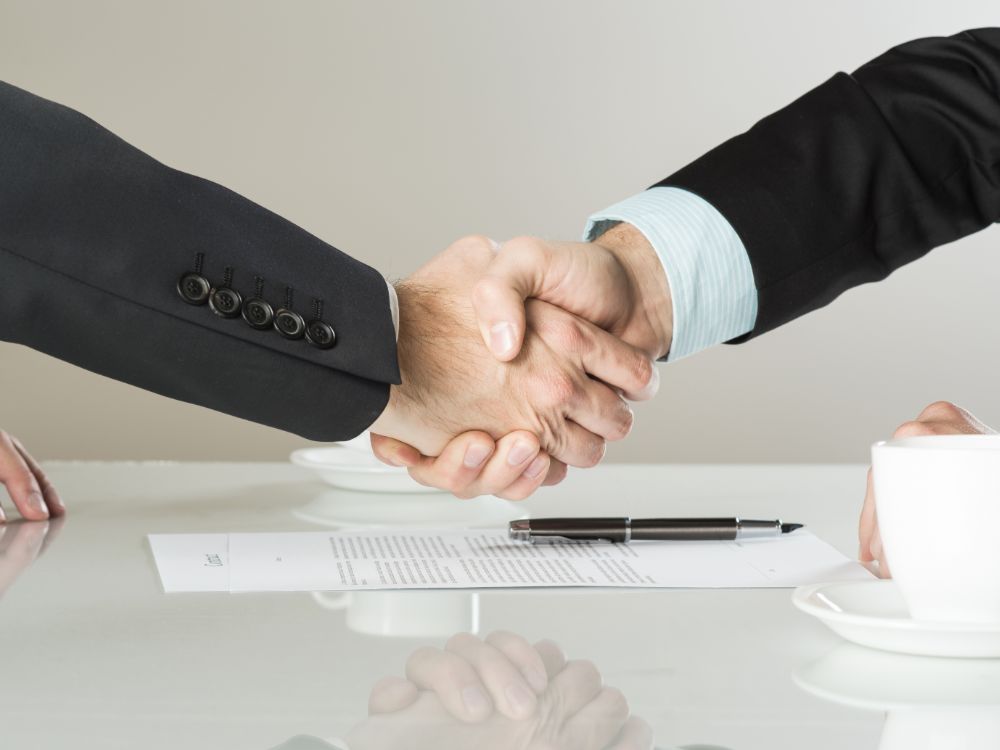 WHAT IS A CONTRACT?

A contract is an agreement between two or more parties creating legally binding obligations. Contracts are typically made in writing, but they can also be verbal. When two parties agree to the terms of a contract, they are each bound by those terms. If one party breaches the agreement, the other party may be able to take legal action to enforce the contract or recover damages.

There are many different types of contracts someone could agree to, but some of the most common include:

When two parties enter into a contract, they each agree to certain terms and conditions. If one party breaches the contract, the other may suffer damages as a result. Some of the most common contract disputes that our Los Angeles contract attorneys handle include:

WHAT ARE THE QUALITIES OF A LEGALLY BINDING CONTRACT?

For a contract to be considered official and legally binding, it must include the following elements:

WHAT ARE THE REMEDIES FOR BREACH OF CONTRACT?

If one party breaches the contract, the other may sue for damages. The remedies available to the non-breaching party will depend on the type of breach that occurred.

WHAT ARE THE LIMITATIONS ON CONTRACTUAL RIGHTS?

There are a number of limitations on contractual rights, including the following:

WHAT ARE SHAREHOLDER DISPUTES?

Shareholder disputes are disagreements between the shareholders of a company. Their primary responsibility is to elect the board of directors and make major decisions about the company.Shareholder disputes can arise over various issues,such as board composition, management decisions, dividend payments, and stock repurchases. These are often highly contentious issues, as they can have a significant impact on the value of the shareholders’ investment.

If you are facing a shareholder dispute, it is important to have an experienced business contracts lawyer on your side to fight for your interests. The attorneys at Blake & Ayaz have extensive experience handling shareholder disputes and are dedicated to protecting the rights of their clients. Contact our Los Angeles office today to schedule a consultation.